summer, the best part of the year. the only time you can go outside in Canada without having your eyes freeze shut. but, Im mainly going to be practicing soccer, golfing, and playing video games. im not planning to do anything super special or interesting, but I did get a golf membership so I can go when ever I want. but yea, schools almost over and I can finally do whatever

in the coming month, June, will be the month that we, the grade 7’s will be taking a trip into the city for a “Graduation” field trip. we will be doing fun things like laser tag, go carting, and swimming. we are also eating pizza for dinner and staying the night in a hotel. but before that we get to go to the mall and watch a movie before going to the hotel for the night.

another personal blog post. it feels like I’ve only been making these for a few weeks but in reality its been almost a year. there’s only a couple months left in the school year, and to be honest its been a great time. just to think that I’m already going off to a new school in just under 6 months is exciting and all but I’m going to miss this place. I’ve been here for about 8 years now and getting to meet all these awesome people that I’ve come to know for most of my life is amazing. I know this sounds really corny, but I will miss this school. after all I have spent most of my days here.

Salva dut? never heard of him? back when he was eleven he fled his war torn country of South Sudan, he first fled to Ethiopia. then when he became a teenager he lead over one thousand boys over ninety miles through the Southern Sudan desert to a refugee camp in Kenya. he was later relocated to the U.S in 1996, he is now the leader of Water for South Sudan,inc (its a non-profit organization founded in 2003.

Salva’s knowledge about local cultures and his contacts with the South Sudan government and other non-government organizations make it easy for Water for South Sudan to operate easily. 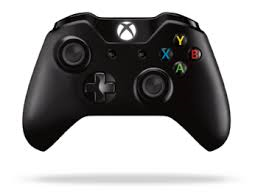 so just recently my sixty dollar xbox one controller broke. Now the story goes… I was playing call of duty, like always. and my sprint button broke (witch means I cant run anymore). now that’s a big deal for call of duty.

now I bought a controller expecting it to work for more then a few months. and its not like I smash my controller against my wall any time I get mad. the whole reason im salty about this is because whenever I buy some sort of technology it always breaks. but I cant really play my xbox one controller.

The internet trolls strike back! Just recently there was a 300 million dollar vessel was built. Now whenever something like that is made you need a name. So they set up an online voting website where you could pick a name that was provided or give a suggestion.

So someone came along and gave an idea of Boaty McBoatface. As soon as people saw that name it blew up. It had 3 times as many votes as any other name.

I think it’s funny, but what if there was an emergency and they had to call for help but nobody thought they were really in trouble because of their name?

So I can see why the people that made the boat don’t want to name it that. But then again they promised they would name it whatever the public voted.

Custom zombies, ever thought that modding your favourite video game would make it better? well in most cases it just ruins it. but in the case of custom zombies it makes the game way better.

First question, what is custom zombies? Custom zombies is basically where anyone that wants to, can create a map that is outside of the ones that come with the game. (this is for call of duty, because when don’t I talk about that) you can download soft where that allows you to make a map that focuses around the zombies game mode. for the reason that maybe you don’t like any of the maps because there’s only like four. if you do choose to make a map anyone in the community can use them.(you just download them through your browser) the main reason custom zombies is so much fun Is that it changes the game and gives it something fresh. I mean if I had to play four maps and that’s all I got it would lose its value after a while.

the other reason this is so much fun to play is that there are thousands of different maps you could play all with there own unique features.

The Burj Khalifa in Dubai (tallest building in the world) was constructed September 21st 2004. The designers are Skidmore, owings, and Merrill.

so the reason I chose this place/structure was because I found it cool how tall the building really is and just how cool it is.

the Burj is the tallest building right? But by how much? Surprisingly by a couple hundred meters.

if you don’t know soccer is my favorite sport. its also spring. well if you don’t know what i’m talking about its means that I get to play soccer for the first time in like half  a year. the best part is that I just got new cleats so I cant wait until everything drys up and I can go outside. but the worst part is that it just rained for like three days strait. so now everything is so wet and I cant go outside.

so I know that I’ve made a couple other blog posts about my road to dark matter.(Dark matter being a secret camouflage in the newest call of duty game) the camo is unlocked by getting diamond camo for all the guns in one class.(what I mean by one class is all the pistols or all the smgs. you have to get all the guns gold in that class)

so basically you have to use all the guns in a game. I just finished with the camo so now I can focus on other things in the game. for those of you that don’t know what it looks like heres a picture (it moves around you cant see that because its a still picture)